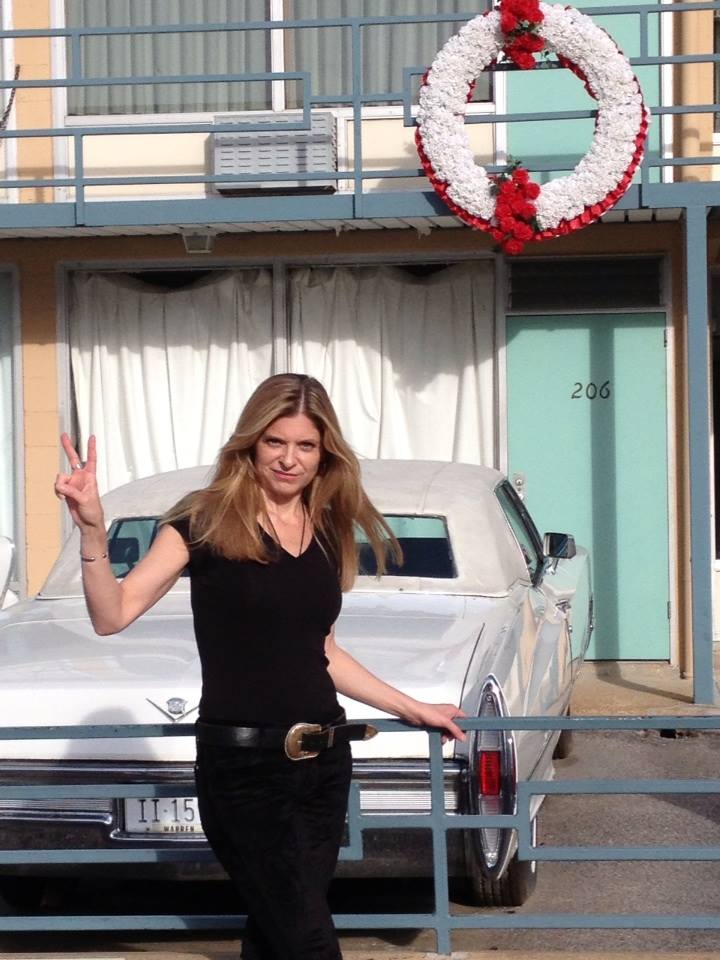 I’m standing below the spot where Dr. Martin Luther King, Jr. was assassinated, which is marked by the wreath above me. Dr. King was shot standing on the second-floor balcony outside of his room at The Lorraine Hotel, in Memphis, Tennessee, the day after his last speech, I’ve Been to the Mountaintop. The Lorraine Hotel later became the the National Civil Rights Museum, which I have visited twice. During both visits, I  was repeatedly moved to tears by the injustice of separation and the grace, courage and conviction of the people who have risen up to peacefully confront those injustices and demand the dignity and freedom of all people.

As my sufferings mounted I soon realized that there were two ways in which I could respond to my situation – either to react with bitterness or seek to transform the suffering into a creative force. I decided to follow the latter course. – Dr. King

This quote, and the inspiration and example of peaceful resistance and change that Dr. King offered in his brief but powerful life, have both been guiding forces for many years in my own work to address the injustices of pandemic violence, reminding me that we always get to choose our responses to the injustices we face. My hope is that we land on love and peace and justice in our choosing.

All peace to each one of you as we honor Dr. King today. Dora

SOMETIMES THERE IS JUST NO WAY AROUND IT

You want to ‘motherfuck’ everyone.You want to punch the old lady in line in the…

I WAS BORN IN LIGHTNING

VERMEERIt’s not a sheltered world. The noise begins over there, on the other side of…