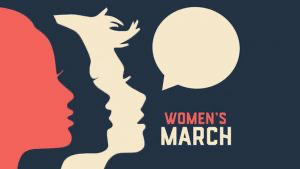 Today I stand and march with the women of this country demanding to be heard and counted, who rise in community and collaboration, peacefully calling for freedom, for justice, for change. I do this for many reasons, but mostly I do this because tonight is the anniversary of my being held hostage in my home for 17 hours with a pistol-grip riot shotgun by a man I’d once loved, whose rage outweighed any possibility of love, whose rage took me years to escape for the systems that both failed to protect me and the ones that held me as I reclaimed myself and my life, and because I continue to step into all that has been possible in the aftermath of that history.

I am, in part, the woman I am today because of that one night and the months that both preceded and followed it. He actually told me that night, while I stood at the kitchen sink trying to wash some of the blood from my body and he sat four feet away with that shotgun across his knees, to Go write a fucking poem about it. I have done that and more, rising up again and again to use my voice on behalf of the far too many survivors among us. And so, today I will rise again with the women of this country, celebrating all who were lost and all who survive and even the woman I have become. Yes, he tried to kill me, and yes, I survived. Surviving took everything I had in me, and surpassing that history has offered a freedom I never believed was possible. And I am still rising and I am still using this one voice I was given to join all of the women rising today and I still believe that love and justice always win.

Together, we are a force undeniable. Together, we can change the world one voice and one step at a time. Together, everything becomes possible as we rise for a future designed by hope and action, community and revolution. All peace to each one of you, beautiful people, and my deepest gratitude to every person who has supported me and my efforts for so many years.

May you be held in love and grace, and safety, as this day unfolds.
Dora

Snowdrifts skimming ice crust on Christmas Day,my hair caught in the updraft as the sun…

IN HONOR OF ALL SAINTS DAY AND THE ANCESTORS AMONG US.

The moon is 91 percent illuminated, on her way to fullness on Friday night. There…

VOTING WITH MY MOM IN THE U.S. PRESIDENTIAL ELECTION

I voted today, walking in with my mom in my heart because her health issues…

THANK YOU IS A PRAYER