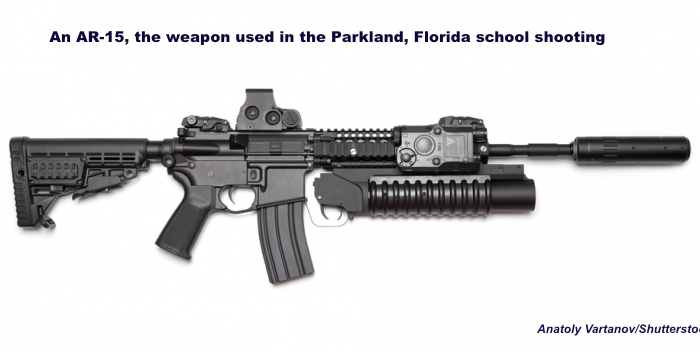 During my 17-year academic career, I taught at three different universities and I had only a few tense moments in the classroom with students whose hostilities towards me or other students was alarming. In only one instance did I feel that a student was mentally unstable enough to warrant intervention, a female student during my last semester of teaching, whose behavior and self-care had clearly deteriorated over the last six weeks of the semester, as did her attendance and performance. She came to my end-of-semester open office hours in a rage over her final grade, which reflected her having missed 1/4 of an upper-level seminar, and then cornered and threatened me in my office, while the graduate students in our departmental computer lab across the hall rushed out to check on me, all of them as frightened as I was by this young woman. She was unhinged in a way that I had seen only once before, and I knew that she was disconnected enough to be of significant threat to herself and the people around her. When she saw me motioning to the graduate students in the hallway, she finally left, screaming at the gathered students as she did.

I called my department head immediately, shaking uncontrollably, having locked myself in my office for fear of her return and asked my department head what could be done to help this woman and to protect the people around her. He told me: Nothing. We can’t do anything without legal risk because she’s a legal adult, so just be careful for the next few days as the semester ends. I argued with him, explaining her decline over the past six weeks and the intensity of her anger and threats in my office just a few minutes before, as well as my concern that she was having some sort of psychotic break that would make her lethal to herself or the people around her. I wanted some sort of crisis intervention done to help her before that possibility took hold and he told me repeatedly that nothing could be done beyond documenting the incident and the history leading up to it. Be careful, he said. I hung up the phone, printed an Office Hours Cancelled Today” sign and taped it to my door as I left, for fear that this woman would return to carry through on her threats to me in the grip of the suffering she was enduring alone.

I have training in counseling, have a background of speaking with people in crisis and I had 17 years of academic teaching experience AND even with the benefit of that combination, I felt utterly ill-prepared to manage one unhinged student cornering me in my office and threatening my life. We weren’t in a classroom with my usual 15 to 20 other students present. We were alone in my office and even with only her and myself to consider, the level of threat was so unexpected and volatile that had the graduate students not come to the door and disrupted that young woman’s escalation, I don’t know how that interaction would have otherwise ended. My point is layered, I suppose, in that we cannot always predict when a person might become mentally unstable enough to pose significant threat to ourselves or others, and in the moment that the threat announces itself, we cannot always know that we will have the skills or resources to navigate that person in their dangerous state in order to protect ourselves, let alone protect 20 other panicked people in the room with us. And as teachers, we should not be expected to bear the responsibility of managing the unmanageable, reasoning with the irrational or protecting a room full of people when our own lives are also at risk. We should not expect our teachers to do what our laws and support systems should have done long before that moment when a student – mentally unstable or just full of blood lust – decides our classrooms or campus offices or hallways are the place where their madness or vengeance will announce itself in bloodshed.

Demanding our teachers to take the role of protectors when our laws do not protect those teachers, those students or any one of us from a mentally ill or vengeance-driven killer is a ridiculous expectation. Teachers cannot stop this bloodshed, especially when elected officials taking money from gun lobbyists refuse to pass laws that could actually lessen or stop that bloodshed. Children are dying. We all know this, that children are dying, and thoughts and prayers haven’t done a damn thing to stop that dying. Teachers cannot stop that dying. Misplacing responsibility on them is so transparent and pathetic that I’m dumbfounded and furious and heartbroken again in the face of more children being predictably and preventably killed at school and us being the country where we do NOTHING to stop the killing of our children.

PRAYERS FOR PEACE FROM SHIPROCK SUNDANCE

I’m sending out prayers for peace from the border of Arizona and New Mexico, with…