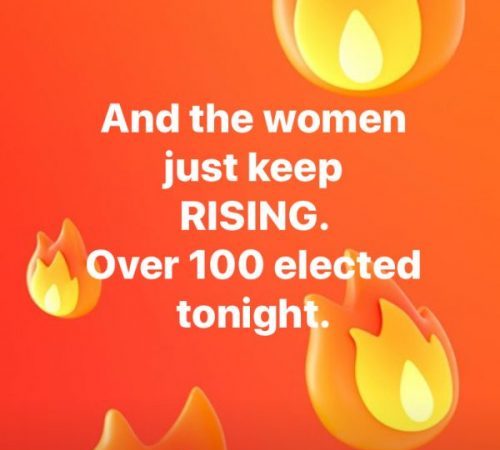 The final count of votes in the 2018 Midterm Election leads to a historic moment in US politics as a record 117 women are elected into office, with 100 Democrats and 17 Republicans voted into history. Among the many firsts to celebrate, here are a few of the highlights that will change the face and function of American leadership and politics.

Year of the Woman, indeed. Women are changing the world, together. And we are only just getting started.

POEMS, PUBLISHING AND THE PIANO
With my publisher, Ron Moore of Baskerville Publishers, and the renowned pianist, José Feghali, Van Cliburn Gold Medalist, in Ron’s home in Fort Worth, Texas in May 0f 2014, months before the expanded, second edition of the scorched earth went…
AN EVENING WITH CRISIS CENTER NORTH AT THE CARNEGIE
Photos from my ongoing speaking and book tour with my book, the scorched earth, continue to come in. Here is one of me taking the stage at the Andrew Carnegie Music Hall and Library in Pittsburgh for the benefit event…
TAOS POETRY FESTIVAL CONVERSING IN VERSE: Grand Finale Show