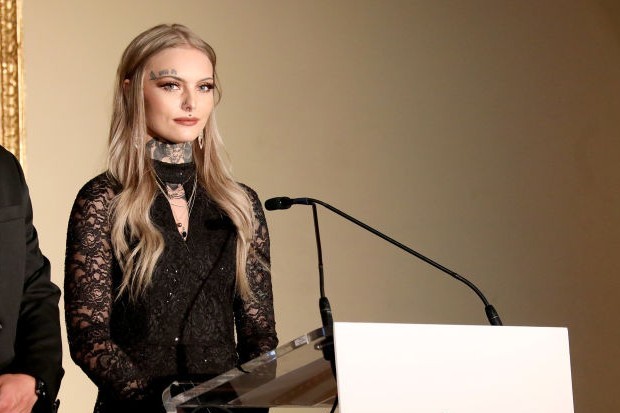 The news has just reached me that Daisy Coleman, Sexual Assault Advocate and Survivor, has taken her own life, as confirmed today by her mother, Malinda Coleman. Daisy dedicated her life to helping teenaged victims of sexual assault. Since her own rape at age 14 in 2012 and her standing in the face of the backlash she endured when she pressed charges against her alleged rapist, including her family home being burned down, I have included her story in many of my speeches on sexual assault, rape culture and victim-blaming. My heart hurts that Daisy has taken her own life 8 years after her assault, at the same time that I am in awe of the many survivors she impacted.

Audrie and Daisy is an award-winning Netflix documentary film that features Daisy, as well as Audrie Pott, another teenaged victim of sexual assault. The film addresses the management in the US Justice System of teenage rape cases, as well as the victim-blaming and bullying that teenage assault victims often endure in the aftermath of their assaults. Both Daisy and Audrie were blamed, bullied, threatened and harassed in their respective communities following their assaults. As heart-wrenching as it is to write this, Audrie also took her own life in 2012, days after she was sexually assaulted.

Daisy used the years after her rape to advocate for other victims and to help co-found the SAFEBae (Before Anyone Else) non-profit, which is a student-led organization dedicated to helping prevent sexual assault in middle and high schools.

Both women are testament to the devastation of assault and rape, as well as the impact of victim-blaming and bullying, and both women are testament to the astonishing strength survivors have in the face of such experiences. The impact of the Netflix documentary featuring their stories is testament to how both Daisy and Audrie’s voices will continue on, even in the wake of both of their suicides, as SafeBAE also carries on Daisy’s strength, advocacy and commitment to survivors. I’m undone by the loss of both of them, at the same time that Daisy’s courage will continue to inspire. She was more than a survivor; she was a champion. May Daisy be held in eternal gentleness and grace, as well as Audrie.

Rise up gently, Daisy, and bless you for how fiercely you stood so that other survivors and advocates could stand with you.

All peace to each one of you today, especially the teenaged survivors among us. Dora

Today is the Hindu celebration of Diwali, the Festival of Lights, honoring the triumph of…