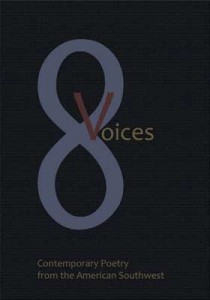 With featured poet Dora McQuaid, award-winning poet from Taos, joined by poets reading from 8 Voices, an anthology of contemporary poetry from the Southwest from Baskerville Publishers.
Dora E. McQuaid is a poet, activist, speaker and teacher whose art, emotion and service has earned numerous awards. Her activism addressing sexual and domestic violence led to her portrait replacing that of Sandusky’s in the Penn St. mural, where she taught.
Karla Morton, the 2010 Texas Poet Laureate, Tony Mares, from Albuquerque, an Albuquerque poet with a Doctorate in European History, Nathan Brown, 2013 Oklahoma Poet Laureate, Elizabeth Raby, winner of the 2010 Elmer Kelton Award, Alan Birkelbach, 2005 Texas Poet Laureate, Ronald Moore, owner of Baskerville Publishers and a 2013 Langdon Review poet.
Admission free, limited to 60.

ORIGIN #7 INCLUDED IN GARGOYLE ISSUE 64
Which came first?  The falling from the skyor the longing to return to it? You lifting yourself toward me,all heated skin and beyond, that look of ravage hauntand need and the briefest sighting of you spirit bared.You told me you…
ONE BILLION RISING FOR REVOLUTION
ALL OVER THE WORLD ON VALENTINE’S DAY 2015 As the ONE BILLION RISING website states: ONE BILLION RISING is the biggest mass movement to end violence against women in human history. It is the bold vision and revolutionary campaign created…
Well, hello, October. Come on in and sit down!
Fall is upon us, my favorite season of the year. October has always been my favorite month, for all of the color and slipstream feel to it, the in-between time where we can begin to take into account all that…
2001 EVENTS SCHEDULE