SURVIVORS INSPIRING ME, AT PENN STATE 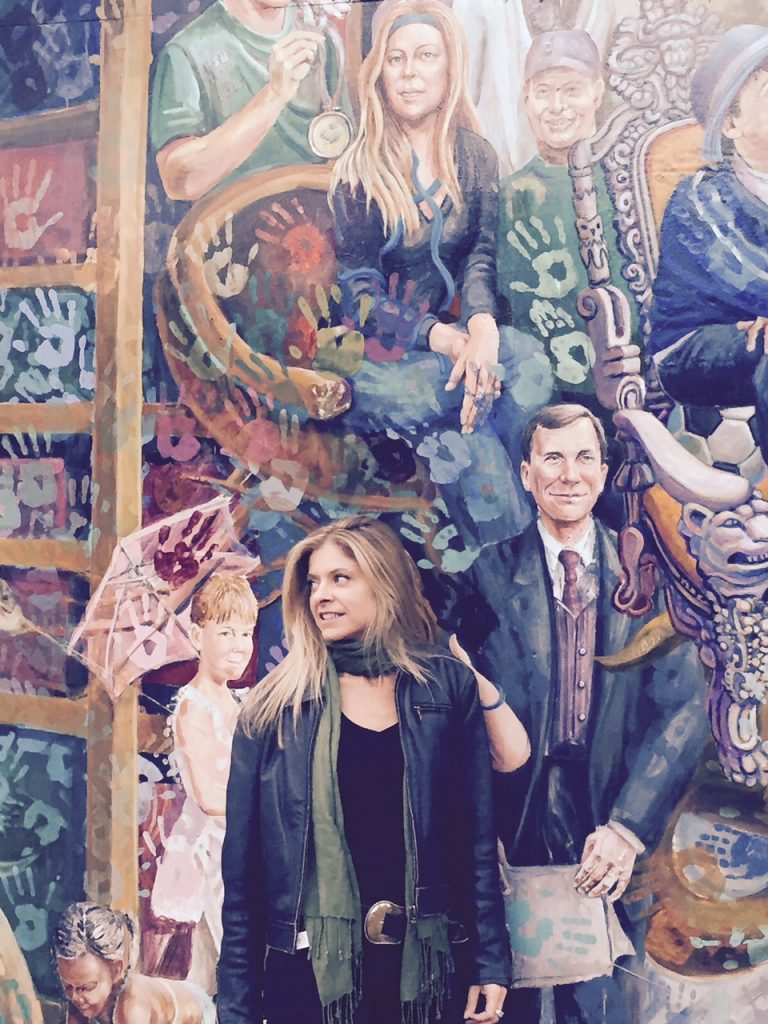 I am on tour with my recently released Expanded, Second Edition of my book, the scorched earth, and am currently in State College, PA, preparing for two speeches during the week ahead, one at Penn State and one in front of my image in the Inspiration Mural just off of Penn State’s University Park Campus, where I taught for many years after completing both my undergraduate and graduate degrees there. My image in this widely celebrated mural of artist Michael Pilato’s and the Public Art Academy replaced the image of former football coach and convicted pedophile Jerry Sandusky in June 2012 following his many felony convictions as a child sexual predator.

Yesterday was the first time in over three years that I went to see my image in the mural since Michael Pilato painted it into the seat where Jerry Sandusky’s image once was.

I was brought to tears by the hundreds of handprints surrounding my image, handprints of survivors of sexual violence who chose to be counted as survivors in this block-long mural. There were no words for this moment, realizing again as I stood there and tried to take in the handprints of every size and shape that sometimes our voices truly can make a positive difference in the lives of others. And even if that difference is made for only one person, I’m honored to have the opportunity to live as I do, with poetry and advocacy on behalf of survivors of violence leading me forward.

Love and grace to each one of you today, especially every survivor who bravely chose to be counted in the mural. You are all an inspiration to me. 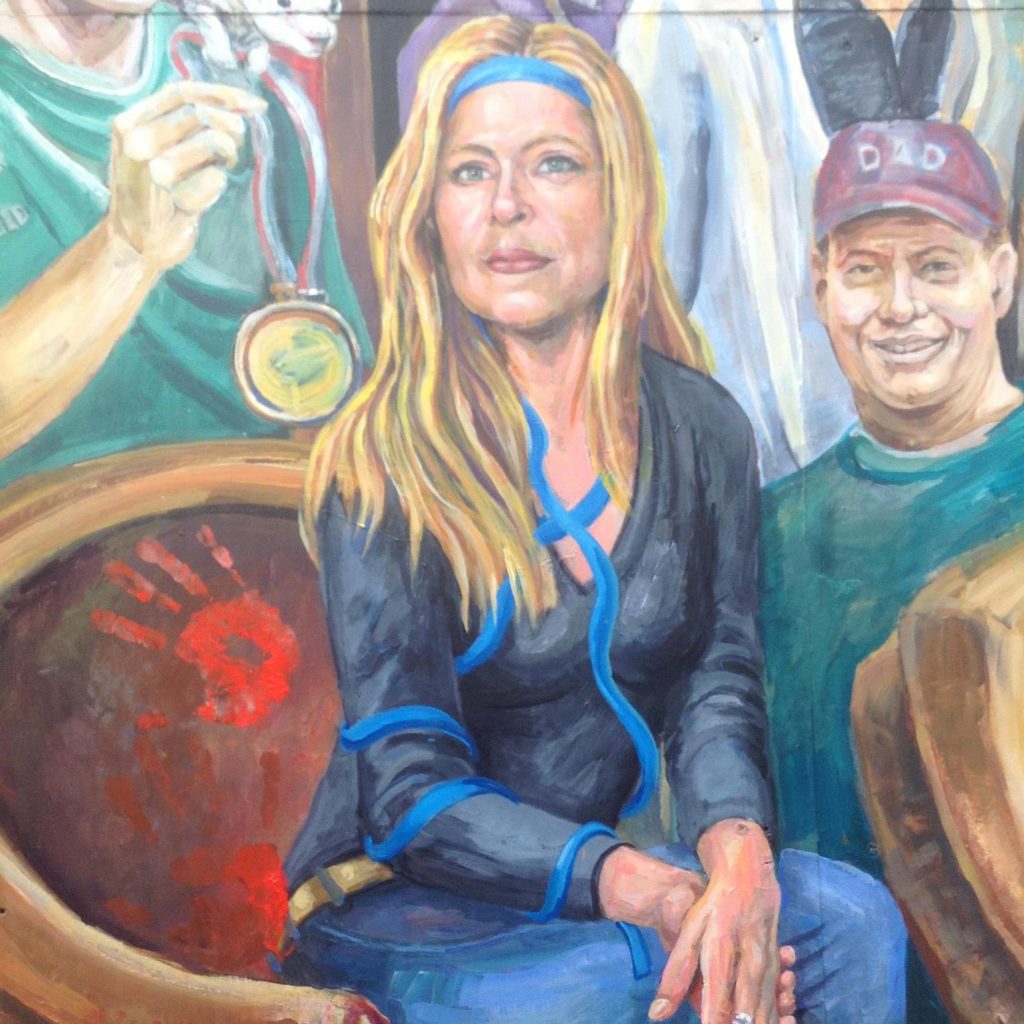 My image in the Inspirations Mural, wearing the blue ribbon in honor of survivors of childhood sexual violence. Near Penn State. 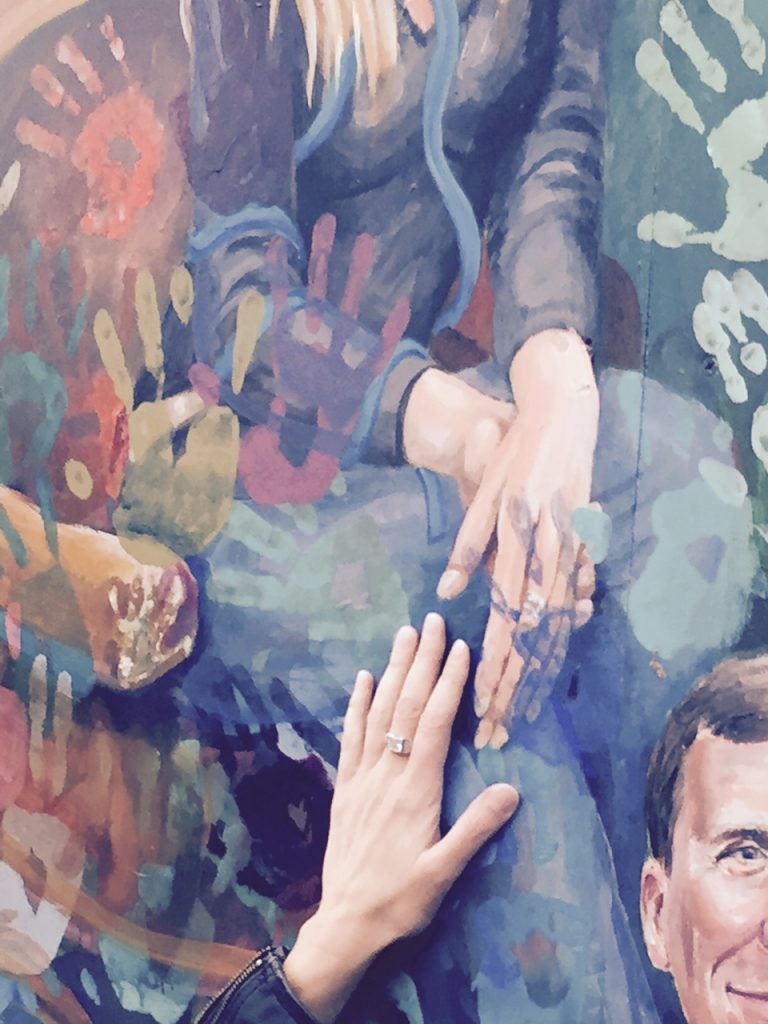 My hand, reaching for my own hand painted in the Inspirations Mural, where my image replaced that of Jerry Sandusky. My gratitude to my dear friend, Dawn McKee, for these photos and for her many years of support of my efforts.

ANGELS ON MY AIRPLANE

I fell asleep writing on my flight, and in the always in between space that…