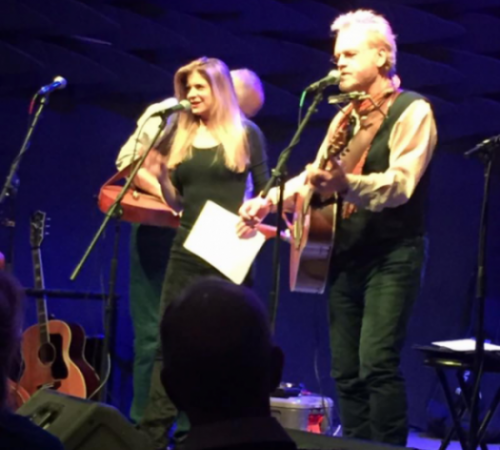 Beautiful people, what a night we had.

I was so excited to join master musicians Bob Livingston founder of the legendary Lost Gonzo Band in Austin, Texas and Don Conoscenti, multi-instrumental singer-song writer and composer, for a new combination of 12-Bar Blues and poetry, especially after our ONLY rehearsal on Saturday afternoon before our show at Taos Mesa Brewery in Taos, New Mexico.

Bob, Don and I have done several of these sets over the past seven years, with Bob and Don playing the blues and me performing poems by Rumi and original poems of my own. Before this past Saturday night, we had never done any of Prince’s songs together, but all I could think when we talked about it last week before the show was, Why not? As Prince so famously said: Maybe we can do the twirl. After our one rehearsal together of several of Prince’s songs that we chose to perform in honor of him and his passing on April 21st, the three of us were joined by two other amazing musicians whom I adore, Don Richmond and Jim Bradley of The Rifters, for our set. Despite the palpable sadness in the room over the loss of Prince, we had a great time together, alternating between Prince songs, poems by Rumi and poems of mine from my upcoming book.

When I left the stage, a friend who was in the audience stopped me at the bottom of the stage steps and asked me, “What’s it like to be the only woman on stage with four remarkable male musicians hanging on your words?” And I told him the truth: It’s amazing and almost ridiculous fun to play off of each other between the poems and the music. And, more than anything, it’s an honor for me to be on stage with them. 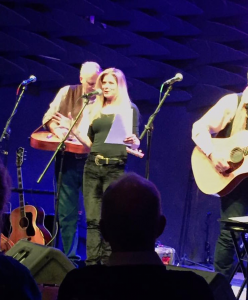 My great gratitude to Bob and Doncon for another set together, to Don and Jim for joining us, and to Prince, whose music and vision, irrepressible spirit and enormous generosity, unflinching activism and ceaseless service has given the world so much blessing, example and inspiration. One of my favorite quotes of his is:  You are either here to enlighten, or you are here to discourage.

I hope Prince has taken to the stage in the vast mysterious, as outrageous as ever, incomparably draped in lace and purple velvet, playing that guitar, as badass as anyone who ever flew a little above the ground among us.

NEW POEMS AND OLD FRIENDS AND SAVING LIVES, TOGETHER

I serve on the Advisory Board of Paws for Empowerment with Crisis Center North, which…

SOMETIMES THERE IS JUST NO WAY AROUND IT

You want to ‘motherfuck’ everyone.You want to punch the old lady in line in the…