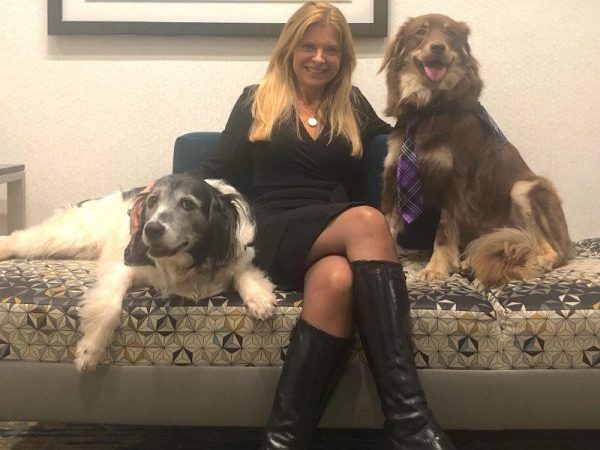 I serve on the Advisory Board of Paws for Empowerment with Crisis Center North, which is the first canine-assisted court program in the greater Pittsburgh region, created by my dear friend and Crisis Center North’s Executive Director, Grace Coleman. Coming back to Pittsburg this week for the 40th Anniversary Celebration Of Crisis Center North to deliver the poem, Sanctuary, they commissioned me to write to commemorate this milestone means that I get to visit with a few dear friends, including Penny and Ari, who were shelter dogs rescued and trained to accompany victims of domestic/intimate partner violence in their therapy sessions at Crisis Center North and when they face their abusers in court.

I can’t tell you how much I love these two dogs or how honored I am to be part of Paws for Empowerment, which won the Pennsylvania Governor’s Pathfinder Award last year in 2018 and was featured in this North Hills Magazine November 2017 article highlighting our expansion of the program, Crisis Center North Working With PVSEC, Verizon To Expand Paws For Empowerment Program.