THERE IS ALWAYS HOPE, Keynote Speech by Dora E. McQuaid

Dora served as Keynote Speaker for the event, Domestic Violence Leaves An Empty Place at The Table, which was the opening event for Centre County, Pennsylvania’s 2018 Domestic Violence Awareness Month programming at the Centre County Courthouse, Centre County, PA. This is the courthouse where Dora took her abuser to court many years ago, the same courthouse where former Penn State football coach Jerry Sandusky was convicted of 45 counts of child sexual abuse the day before Dora’s image replaced his in the Inspiration Mural at Penn State.

Dora’s full Keynote Speech, There is Always Hope, along with the entire Domestic Violence Leaves An Empty Place at The Table event was broadcast live across the state of Pennsylvania by C-NET. The recording includes Dora’s Keynote Speech, as well as the speeches by Dawn McKee and Anne Ard of Centre Safe and Bernie Cantorna, Centre County District Attorney. 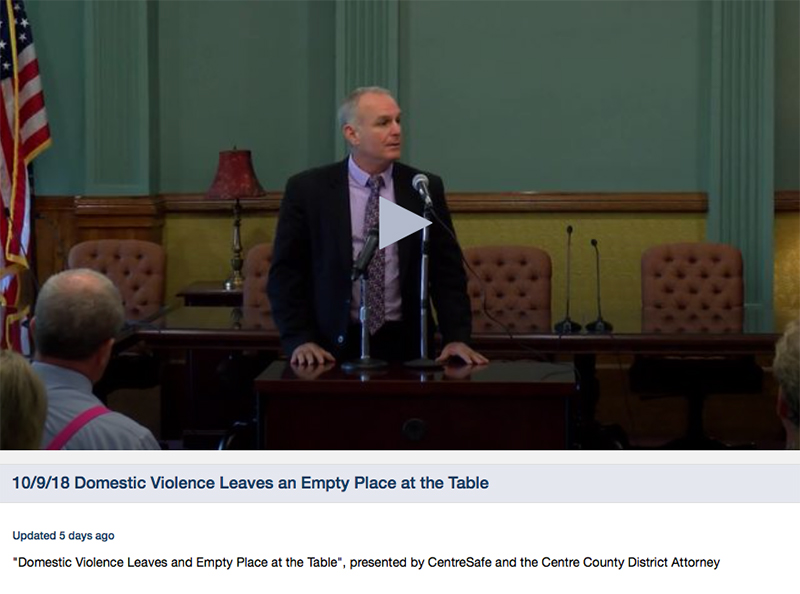 The Press Release for this event is available HERE.

Steve believes that life, through consciousness, precipitates out of the quantum vacuum. The success of social evolution is based on leadership which employs honed intuitive and listening talents, knowledge of continuously adding value, and banks on sacred economics and conscious capitalism. The common thread of all new ideas are to sustainably increase personal and community value. Established ideas are re-evaluated for personal and community vision and evolution. High level creative conversations result in positive change affecting hundreds, thousands and millions of people. Dora and Steve’s conversation involved embracing human vulnerability, living within and from paradox and exploring the balance between the structure of our lives and our connection with the Divine in the ongoing pursuit of embodying our truths, personally and professionally. September 20, 2016, Taos, New Mexico.

Dora discusses the intersections between homelessness and domestic violence, shares her own history with both and performs poems from her two new books in development.  Domestic violence is the leading cause of homelessness for women and children in the United States.

Dora’s performance begins below with the introduction of Dora by Clinton Joseph Murphy, Dora’s dear friend and the Founder and Director of the Taos Men’s Homeless Shelter.
Filming by Denielle Prokopenko Rose.
April 28 2016, TCA, Taos, NM.

For more information about Mark and his amazing work: http://www.markmatousek.com.

For more information about Mark’s Writing to Heal course with The Shift Network: http://theshiftnetwork.com/WritingToHeal.

For more information about The Shift Network and its global, evolutionary work: http://theshiftnetwork.com

DORA PERFORMS FOR THE 2011 RETREAT WITH A ROOM OF HER OWN FOUNDATION:

In 2011, Dora was awarded The New Mexico Woman Writer’s Fellowship from A Room Of Her Own Foundation (AROHO) to join the 2011 Conference at Georgia O’Keeffe’s Ghost Ranch in Abiquiu, New Mexico.

Listen to Dora performing two of her original poems, Listen and Alchemy, as the closing performer during a showcase of AROHO women writers during  that 2011 A Room of Her Own Conference.

Dora PERFORMS her original poem, The Mothers of The Disappeared

Dora reads her original poem, The Mothers of The Disappeared, written specifically For the Daughters of Juarez event, curated by The Society of the Muse of the Southwest (SOMOS), joining the international movement to focus attention on the over-600 victims of feminicide in the borderlands between Mexico and the United States. This event, held at Mabel Dodge Luhan House in Taos, NM on March 28, 2010, included poems, readings, presentations and music offered by Dora McQuaid, Mirabai Starr, Phyllis Hotch, Lorraine Ciancio, Thomas Buckley, Meredith Blis Sincoff and many others.

The following video of this event was created for The Taos News online by Editor Rick Romancito.
Dora performing the entirety of her original poem, The Mothers of The Disappeared, begins at 4:30 pm. 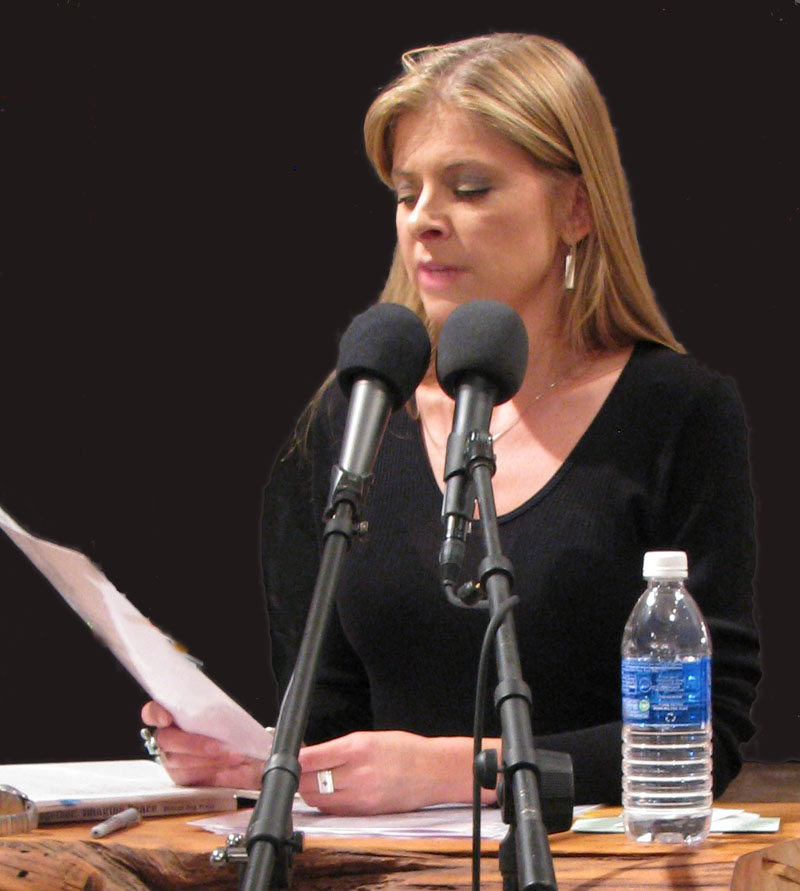 Dora as Featured Reader for the Women In Praise of The Sacred event, with Diné/Navajo Poet and Medicine Woman Pat McCabe and her daughter, Diné Poet and Activist, Lyla June Watson.

Recording and photo both by Robin Collier of Cultural Energy.

This documentary short film was made in 2003 by Kate Bogle, during her Undergraduate Program as a film major at Penn State. Kate’s goal was to create a short film to document Dora’s combined roles as poet, teacher and survivor/activist during Dora’s time serving as faculty at Penn State between 1999 – 2006. Since the film’s premiere during the Pennsylvania Commission on Crime and Delinquency’s 2003 annual, statewide PATHWAYS conference, it has been used internationally as a teaching and training tool in universities, prisons, outreach and judicial programs. In the process of making this film, Dora and Kate developed a deep and lifelong friendship that moved Dora to dedicate her poem, My Fear is My Greatest Weakness, to Kate, which is included in the Expanded, Second Edition of Dora’s book, the scorched earth.

Watch the live 30-minute interview Dora did with Patty Satalia on TAKE NOTE, WPSX-TV’s public affairs program, on April 4, 2004, which presents the documentary short film, One Woman’s Voice, in full, along with a discussion of Dora’s roles as poet, activist, speaker and teacher.

Search
Recent Posts
COPYRIGHT 1981 - 2022. ALL RIGHTS RESERVED.
NO materials on this website may be used in any way without the written permission of Dora E. McQuaid.
Back To Top